Trust in a Relationship 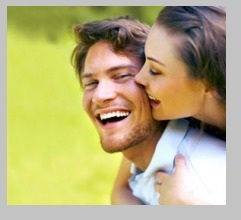 Why trust in a relationship is so vital to its success.

For a lot of women, there is nothing worse than living with a jealous partner and in fact, one of the main principle in overcoming jealousy is to have trust in your relationship!

A lot of men have trust issues in relationships and they feel that their partner cannot be trusted. They have a deep conviction that just anyone will be able to come along and steal their partner away and this causes them to lack trust.

Remember, most women still want to have a relationship with just one man. But, if given enough trouble, heartache and pain, they may choose to seek out other options. After all, a woman wants a strong, healthy and jealous-free relationship.

If a woman does decide to leave because of jealousy and lack of trust concerns she will usually weigh the decision very carefully and it wont’ be something she does in the spur of the moment. If a new romance is seriously contemplated it will usually come after a lot of heartache in the current relationship and a feeling of resignation, sadness and failure that she couldn’t make the first one work.

A Woman Who Wants to Play the Field

You may be wondering, “How about the woman who wants variety and will cheat regardless of how well the relationship is going?” Sure, there are women who like variety in their sex life. In this instance, there is not really anything you can do to help them. And in that case, you have every cause to be distrustful and you should move on, but this is rare, so, once again, be careful that you don’t allow your imagination to run wild and jump to conclusions.

If you are worried about your girlfriend cheating on you, remember women tend to cheat because they:

So women tend to cheat because they feel that their man ‘deserves’ to be cheated on. In other words, they can justify it.

Your lack of trust can cause her to cheat

Here’s a brief peak into how a lack of trust in a relationship can cause a man to get unnecessarily jealous and spiral out of control, and in turn drive his woman to cheat. Let’s say there is a relationship where the woman enjoys spending time not only with her partner but also with her group of friends and her family.

The insecure/immature man may think that because she enjoys spending time with these other people that it means she has less love and respect for him. In fact, some men will think that she is trying to leave and replace him! In a majority of cases this simply isn’t true. Men fail to see that interacting with friends and family is actually “healthy” for the relationship.

An insecure/immature man in this situation will eventually begin to have irrational thoughts. His mind will wander and he begins to imagine the worst. He starts to feel threatened in terms of his status with his partner and their relationship. He may begin to experience nervousness and anxiety. Over time these feelings fester into anger.

Imaginary scenarios develop in his head. He convinces himself she must not be happy and might be seeing someone else or is looking to replace him. This can cause him to snoop, to find that piece of evidence that proves he is right, and shows him that “Ahha! She IS cheating on me! She DOESN’T love me! It’s just like I thought!” In fact, what he is doing is creating his own relationship destroying story! He doesn’t know how to trust his partner and for reasons that are more self-reflective than reflective upon his partner – he does not WANT to trust his partner.

Even when he finds nothing to be suspicious of he may think “She is just being really careful so I don’t find out” instead of considering the alternative, “I was wrong, everything is okay.” Some men will continue to display jealous behavior either by questioning her, pouting, being overly clingy, being controlling, and/or making negative or satire comments to her about her not wanting to spend time with him. She then has to reassure him that she does love him, does want to be with him and that everything is ok.

This may turn into a routine, over and over until it becomes tiresome for her. Here’s what it looks like:

She visits friends or family. He has irrational thoughts of her cheating on him or wanting to get rid of him. He reacts with jealously and negativitely towards her. She reassures him…..And, in time, she begins to wonder if this is really a healthy way to be in a relationship. In fact, what this man has done is to set up a self-fulfilling prophecy.

Eventually, she finds herself feeling unhappy with her guy and the relationship. She may distance herself from him more. This triggers more insecurities and jealous feelings and behaviors. The couple argues frequently. She feels she always has to prove she’s not doing anything wrong and must constantly reassure him. He feels bad for the way he behaves and apologizes and assures her that he trusts her. But the vicious cycle continues. Eventually, she grows tired of it all and ends the relationship. This may reaffirm his insecure thoughts and cause him to believe that his feelings and behavior were justified, especially if she leaves him for another man.

His Jealous Behaviour Pushed Her Away

What he does not realize is that it was “his” jealous behavior that caused the relationship to end, it was his lack of trust in a relationship and not her desire to spend time with friends and partake in healthy activities without him at her side from time to time.

If he does realize his jealous behavior pushed her away, he may try desperately to get her back, doing his best to convince her he will change, but she usually just sees this as the same “clingy” and insecure behavior which turns her off more. This can then anger him, and he may develop very angry feelings towards her. Unfortunately, in some relationships this might move into a more dramatic scenario where the man begins to snoop through her private mail, emails, texts or listen in on phone calls.

Soon the man is snooping in her email, checking her text messages, reading every comment on her Facebook page, looking at every “male” friend she has on her Facebook page, dropping in on her at work, asking her questions. He finds an unfamiliar number that she called several times in the past month during times when he is certain he wasn’t home. He Googles the phone number and see that it’s unlisted. He calls the number, making sure to block the phone number. With a heart beating wild, the phone rings and an answering machine picks up. The voice is familiar – it’s her Grandma Norma.

The man feels better, calms down and decides to let it go. He tells himself how ridiculous the thought was to begin with and decides to go about his life…until the next time. She never finds out what he did. He keeps it to himself. Meanwhile, a violation of personal privacy and a complete lack of trust are displayed.

If this sounds familiar, it’s because it’s very common – particularly in relationships that will end up failing!

The jealousy-trust cycle is a vicious cycle that will never end until YOU admit your problem and take responsibility for your behavior. As you can see, trusting your girlfriend is very important.

==> Click Here to Overcome Jealousy in Your Relationship Now <==

Ask Yourself This Question

Here’s a question to ask yourself: If you don’t trust your girlfriend to the point that you feel you must snoop around to reassure yourself that she’s not committing one of your worst fears, then why are you with her? A big part of the problem here is the clear lack of trust you have. If you do not trust a girl not to cheat on you, you should not be in a relationship with her. This is true whether or not she is actually cheating on you. Your lack of trust will destroy the relationship, and make you both miserable.

If you truly want a happy and long-lasting relationship you must trust your girlfriend completely and you must work on gaining confidence in yourself and loving you for who you are.

So you have to make a decision: either decide to trust your partner and not be bothered by any of the small stuff (and everything discussed in this thread is small stuff) or get out of the relationship.

Remember, the best way to stop your woman from ever wanting to cheat on you is to fulfill her every need, and to not do the things that will end up driving her to look elsewhere for happiness, like being jealous and controlling.

The truth is, jealousy can literally force your partner into an affair. It usually leads to a self fulfilling prophecy – men become jealous because they fear losing their partner, and in turn start acting in ways to drive their partner away and cause the very thing they fear.
If jealousy is something you suffer from, you probably know its not a problem that is going to go away unless you learn ways to handle it.

Change your behaviors and actions before they push the woman you love away now.

==> Revealed, My Proven Step by System to Overcoming Jealousy and Gaining Trust in Your Relationship <==

You may also want to check out my popular post on boundaries in relationships.

I hope you have found this article useful.